Breaking News
Home » All About Mining » What to do about rogue federal agents?

What to do about rogue federal agents?

We thought we’d remind some of you, and introduce some of you to some provisions in our laws which address what options you have with over-zealous federal employees which overstep their authority and violate your rights. 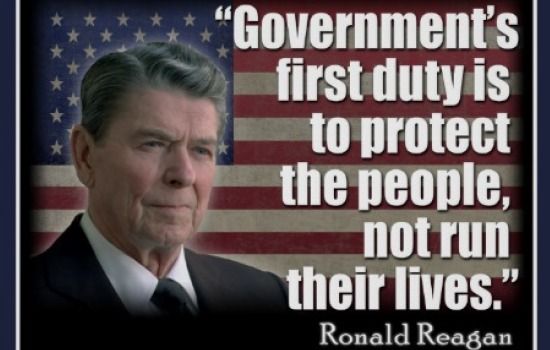 Say you are a mining claim owner and apply for a plan of operations (PoO) with the USFS because you want to use some heavy equipment to dig out your placer deposit. The process is supposed to only take 60 days, but they keep ignoring you, sending you letters saying things are incomplete and the years start ticking away and now it’s been 5 years since you’ve applied. Obviously, there could be legitimate reasons for some delays, but for the sake of argument let’s say there isn’t.
Firstly, the government has unlimited money….YOUR tax money to defend their illegal acts or acts which subvert your rights. You on the other hand must cash in your 401K or have bake sales to raise money to sue. Also, getting a federal employee fired for something is extremely difficult and trust us, they know this so most do not fear any ramifications for their illegal acts.
Deprivation of Rights Under Color of Law:
Title 18, U.S.C., Section 242 – Deprivation of Rights Under Color of Law. This statute makes it a crime for any person acting under color of law, statute, ordinance, regulation, or custom to willfully deprive or cause to be deprived from any person those rights, privileges, or immunities secured or protected by the Constitution and laws of the U.S.
This was the governments attempt to even the playing field for the public v the government (due to intense public outrage over the years). This allows for the person being affected by the governments adverse actions to sue and potentially have the federal employee put in jail.
Direct and Constructive Notice:
This is, simply put informing the federal employee (in writing or with a witness) that their ignorance of the law is no excuse for them to violate someone’s/or your rights and they will be sued. We used this when we sued the USFS when their LEO (Law Enforcement Officer) pulled a taser on a miner sitting in a creek panning on his mining claim and when the USFS LEO had ZERO jurisdiction over the claim. Yes, we won the suit and no, the LEO was not terminated, but should have been.
Equal Access to Justice Act (EAJA)
28 U.S.C. § 2412(d)(1)(A) provides:
[A] court shall award to a prevailing party other than the United States fees and other expenses, in addition to any costs awarded pursuant to subsection (a), incurred by that party in any civil action (other than cases sounding in tort), including proceedings for judicial review of agency action, brought by or against the United States in any court having jurisdiction of that action, unless the court finds that the position of the United States was substantially justified or that special circumstances make an award unjust.
While this sounds super-sparkly, you still must rely on a court finding that the federal government, (whom they generally work for) finds they violated your rights and rules in your favor.
Suffice it to say suing the federal government is easy, winning that case is the challenge. They will intentionally drag the case out for as long as they can with the intent of costing you as much as they can and also hoping you run out of money.
We have many, many cases right now which, if we had the funds we would sue tomorrow…and are positive we could win. Unfortunately, the small mining community does not have a George Soros which donates hundreds of millions to like the environmental groups. Perhaps some day.
Obviously we could write and write on this subject, but we encourage you to become familiar with, and do your own research on these laws. An informed person is dangerous to those who violate their rights.
Oh, and one last thing….
In the Mining & Mineral’s Policy Act (1970), Congress directed federal agencies to “FOSTER and ENCOURAGE” mineral development…
Do you think they got that memo?