Update on the gated road closures and boulders blocking miners and campers in CA.

Yesterday we met with Congressman Jeff Denham’s office and today we met with Congressman Tom McClintock’s office over the gates (28 so far) installed on the perimeter of the rim fire burn area which is blocking thousands of miners as well as public land users from their lands and claims. This land encompasses over 265,000 acres of public lands. Both have agreed to take on this issue on behalf of the miners and public land users. We applaud both men for listening to us, and working with us on a resolution.

As most of you probably know, we sent a very detailed demand letter to Supervisor Skalski on March 26th demanding answers and access, such as (these are not all the questions):

Why is tax payer money being spent on gates to lock us out of our lands?

How are the federal funds being allocated for the fire remediation and how specifically are they being spent……down to the dollar?

How many gates have been installed, why, and how many more along with their exact locations are going to be installed and for what purpose?

If it is under the guise of “safety” explain in detail what safety issues are exposed.

Why are millions being spent on trucking in boulders to line miles of public lands blocking access to claims, mining areas and camping areas?

What safety issues are raised by leaving an open meadow for people to camp in or blocking access to a creek for the purpose of mining?

Why is federal law (mining act of 1866 and 1872) being violated in denying access to valid claim owners? Why is the ADA (American’s with Disabilities Act) being violated by placing boulders blocking handicap access to mining claims and camping areas?

There are three options for the USFS and this issue.

1) They provide ALL claim owners and public land users with keys to the gates.

2) The gates are removed by USFS.

3) The gates are removed by someone else……

She (as a public employee) has elected to ignore the people and our letter so we took it to the next level….Congressional investigation and involvement. In both meetings, we were told there are many, many people who are complaining about this and it would be nice to partner up with these groups, we are going to try. The two Congressmen are setting up a one-on-one meeting with AMRA and Supervisor Skalski so she can answer our questions and address our demands in person. This is slated for some time within the next two weeks and we will keep you posted. AMRA does not give up, we don’t back down and we will achieve the results……….ACCESS TO OUR LANDS AND CLAIMS PERIOD. 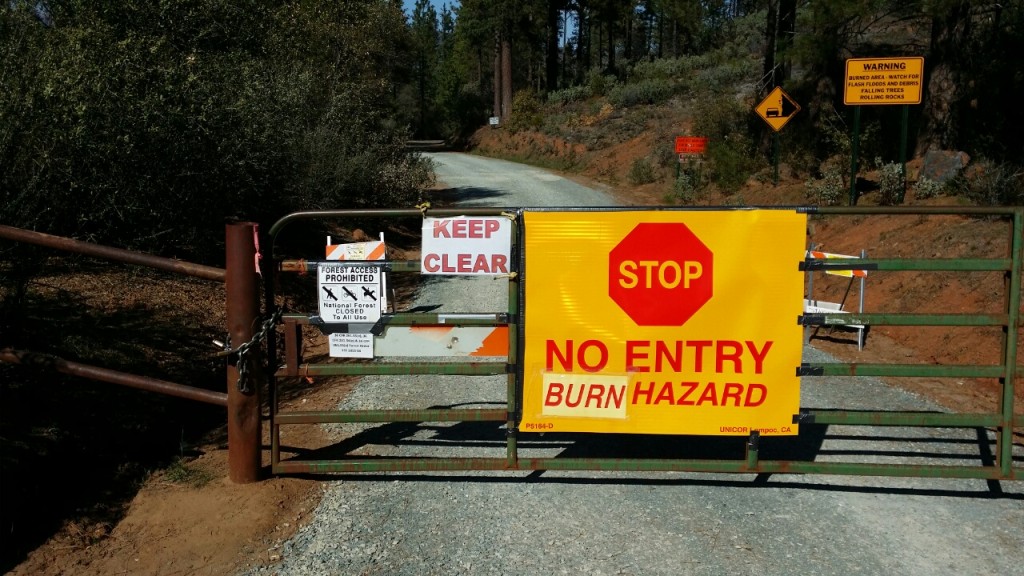 One thought on “Update on the gated road closures and boulders blocking miners and campers in CA.”