Update on the Barstow/BLM road closures.
We spent much of today on the phone with attorney’s, County Supervisors, other elected folks, the media and our own staff. Not to mention dealing with an injured pup, our boy Charlie. He’s going to be OK, but man do I hate wasps.
We are leaving for Barstow in the wee hours of the morning and already have some of our staff down there. The outing commences Saturday morning at Slash X Cafe about 7 miles south of Barstow CA and we’d love to have you out there to support the small miners. We have raffles each day, food, fun and we will be teaching as many as we can how to productively, and intelligently mine in the desert.
After numerous phone calls with the BLM Manager, we have found her to be quite professional, far exceeding any other BLM person we have ever dealt with. That being said, we have some fundamental disagreements.
We have made our case and can announce they are not going to enforce any road closures at this time for the claim owners (club members) who will be mining. She has agreed to meet us at the Cafe tomorrow and we will be sitting down for additional discussions on how they plan to protect the desert tortoise if they are present. They will likely be sending out some of their staff to make sure these cute little guys aren’t sleeping on any of our roads. As responsible public land users, none of us want any of these little guys hurt, and if they want to walk the roads before we use them, we thank them for that. We will also be providing some information they will be providing to us for distribution. Guys, it’s pretty simple, I don’t know of one of us who would intentionally hurt a desert tortoise, and if we can all be more aware of their presence, we should. We should check under our vehicles, be aware of where we walk and respect these ancient creatures. We have informed the BLM how we are actually better stewards of the land than most and the one primary way you can get kicked out of AMRA is to have any of us see one litter. 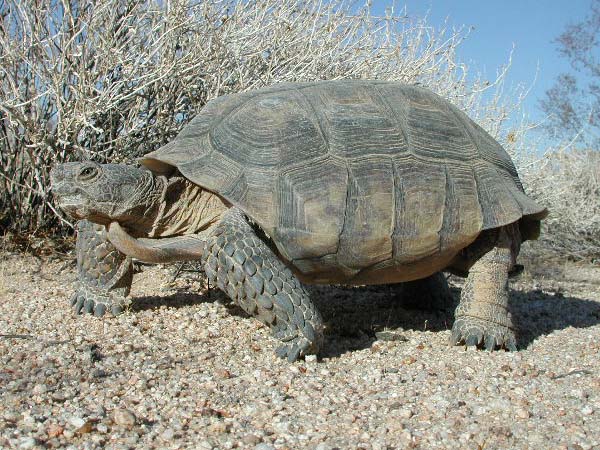 We know you are angry at the initial closure, we get that. We know you have a fundamental RIGHT of access and we know we have convinced them of our legal stance on this. This is why you now have access and nobody will be getting cited for driving on these roads. It is what we do.
Where we fundamentally disagree is on them believing a Plan of Operations (aptly named PoO) is required for access. It is not, not at all. PoO’s are really a contract between the miner and the regulatory or management agency, in this case the BLM as a management agency to regulate your activity. However, in order to trigger a PoO, your mining activity must cause a “significant disturbance”. Using hand tools like shovels, drywashers and buckets certainly do not meet that criteria. It has been litigated and there are numerous cases which conclusively show it is not necessary. Driving on existing roads does not justify, nor require a PoO. We have extensive experience in PoO’s, and if you recall, just last week we were in Phoenix with Glen Billeter (from the Gold Rush show) and submitted with Glen, a new PoO for his mining operation. Glen is using dozers, backhoe’s and large trucks….that constitutes a PoO.
There are also additional problems we have pointed out to the BLM. In 2009, Center for Biological Diverstity (CBD) filed suit against them and in that decision, the judge ruled any roads not named in their 1980 listing MUST remain open. The roads we are talking about fall directly under that decision. Not to mention they did not adhere to NEPA and other regulatory requirements. We don’t need to write a 55 page post on NEPA and the other stuff, I think you get that we’ve done our homework, we are right, they are wrong and we are not going to budge on the access one tiny inch.
So right now, we are not budging, nor will we. When you have the law, even challenged law on your side, the media, the politicians and law enforcement, we will not sacrifice one’s rights for anything. We fight for you.
We will hopefully be posting live this weekend on this page and give you updates. Come out and join us………..