Update from the South Fork Clearwater, Saturday July 28, 2018
No miners were cited yesterday. Brooks Beegle (the LEO) was given another “stand down” order citing officer safety. As I write this, I cannot hide my sincere disbelief at the doubling and tripling down by the USFS on this statement. Brooks is no more threatened by the miners up here than he would be going to Les Schwab to get new tires. The absurdity of this is beyond stupidity. USFS, we get that you are trying to save face, but cmon guys, really? Sounds like someone is desperate to try and paint us as something we are not and we won’t tolerate it.
What the USFS needs to do is simple. Publicly apologize to the miners for Ms. Probert illegally creating an adverse regulatory scheme and threatening arrest, citations and harassing the miners and materially interfering on a daily basis. Sit down with the mining community and have an adult conversation about what their objectives are, scrap the ridiculous scheme she’s created and do what the USFS charter states: TALK TO THE MINERS. She’s ignored people up here for years. Hung up on miners waiting 3 years for their PoO. Won’t answer phone calls, emails even certified letters. Or, as we refer to the behavior, she’s gone rogue.
As mentioned two days ago, we had a lengthy discussion with one of the higher-ups with the Forest Service based in the regional office in Missoula MT. He expressed one side of the story, that of Ms. Probert’s office here in Idaho and while not surprising with what he said, it was completely wrong.
Firstly, he said what he’s heard from the miners up here is that Ms. Probert “is doing a good job”. We immediately stopped him there and corrected this. We have spoken to every miner up here, every one of them and have not found one who thinks Ms. Probert is even doing a fair job. They think she is an ideologue, won’t talk to the miners at all, believes she doesn’t care about what kind of devastating regulations she passes and should be removed, or should resign. That is the unanimous consensus among the miners. 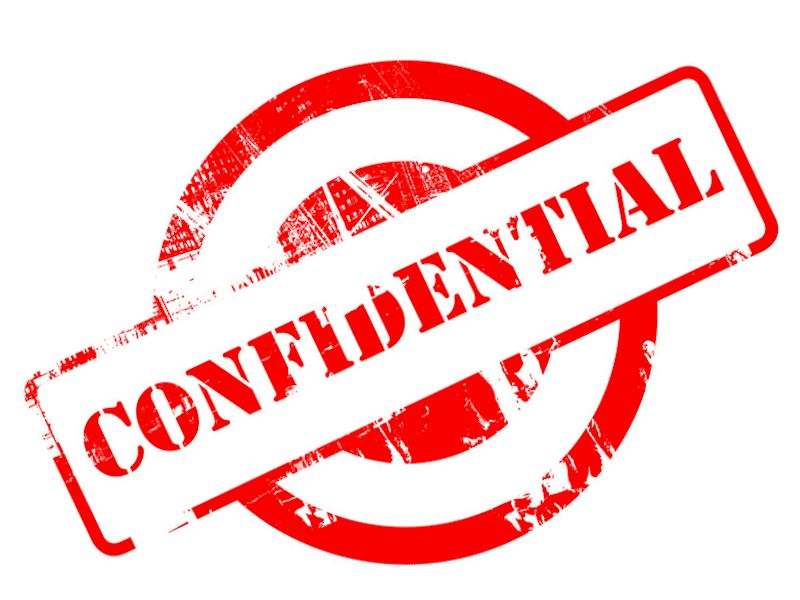 We told Mr. Smith (USFS in MT) that over the past 4 years of issue’s with the USFS up here we have performed several FOIA (Freedom of Information Act) requests on any and all documents, conversations etc… with respect to dredging up here, AMRA and some miners in particular. Now, we don’t know who put the FOIA together, but we’d like to thank that person. When the FOIA was completed, we were given several pages stamped: “CONFIDENTIAL, NOT FOR FOIA DISCLOSURE”. That’s right, someone gave us a bunch of documents Ms. Probert and several others most certainly do not want the mining community to see. We are not going to disclose what those documents are, but we did tell Mr. Smith in Montana that we have showed them to a retired Federal Judge and he was appalled by them. He also stated there was no reason for Ms. Probert not to have released them in the first place since they did not contain personal information, national security issues or a very select small list of reasons they could not.
These documents prove Ms. Probert is not being truthful with her own agency. Ms. Probert is less than honest, plain and simple.
Ms. Probert also produced a letter with District Ranger Terry Nevius’s name on it stating dredging is a “significant disturbance” when Mr. Nevius has stated, on film, on a recorded meeting with Ms. Probert that “I have never said it was a significant disturbance, I didn’t write that letter and I never told Probert that dredging is a significant disturbance”. Last August when this was brought to her attention for the second time, I demanded Ms. Probert investigate who produced this letter, she has ……you guessed it….ignored our demand to get to the bottom of this fraud. Ignored it. This is the primary source she has used to concoct her permitting scheme, and as you can read, it was done fraudulently.
It is not going away Ms. Probert, nor are we. We have piles of evidence of not just wrong doing, but criminal activity within the USFS and as God is my witness, we are going to expose just how corrupt, ideological and reprehensible the actions of these USFS folks are up here. In the courts and publicly, this is going to be exposed.
Stop harassing, intimidating, materially interfering with and threatening arrest to the miners.
We are in the best gold I’ve ever mined up here and the USFS is costing me thousands and thousands of dollars in lost wages this season by dealing with this abhorrent behavior by the USFS and Ms. Probert. We are going dredging in about an hour so again USFS, if you think you have a case against us, I am at mile marker 39.
We should not fear our own government.