A suction dredge is a vacuum cleaner that sucks gravel, sand and sediment (less than 4-inches in diameter) from the river bottom. This material is passed over a sluice box which captures all the heavy materials while allowing the lighter material to pass through and return to the river a few feet downstream of the dredge. 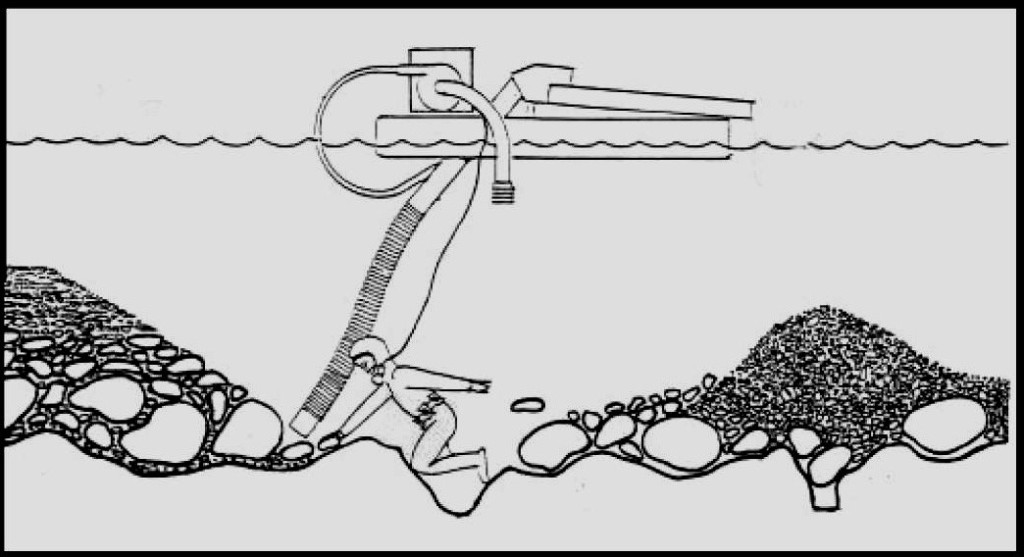 Small-scale gold suction dredging is the most environmentally friendly best management practice for removing gold and wastes found in rivers and streams. Suction dredging within the normal high water mark of a river channel does not add a pollutant to the water system. Because the miners and prospectors are in the river channel, they can’t add anything that isn’t already there.

U. S. Supreme Court Justice Sandra Day O’Connor’s majority opinion rendered in the South Florida Water Management District v. Miccosukee Tribe of Indians et al. tends to support the miner’s position that turbidity is not a pollutant added to a waterway. The Chief Justice likened a water system to a pot of soup. She reasoned that, “If one takes a ladle of soup from a pot, lifts it above the pot, and pours the soup back into the pot, one has not ‘added’ anything else to the pot.” What is turbidity? It is a cloud of fine sediment that develops behind the sluice box with the falling rocks, sand and gravel. The photograph below was provided by the Karuk Tribe and was intended to illustrate how bad turbidity is to the environment. Actually this photo shows that the sediment cloud is quickly clearing and as it leaves the right side of the photograph. 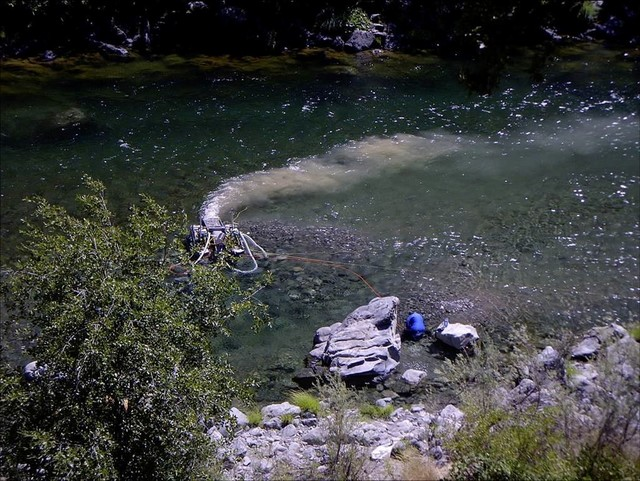 Small-scale gold suction dredging occurs for only 3-4 months each year. The dredging season is adjusted so that no fish redds (egg nests) or sensitive live stages are left in the river gravels. 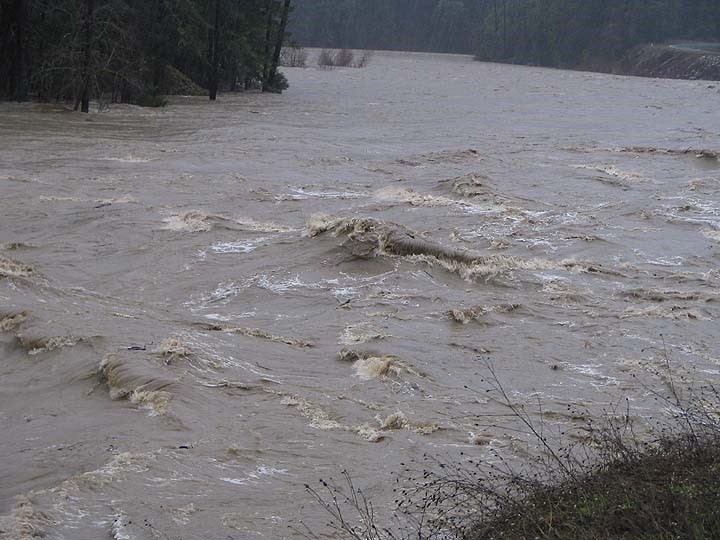 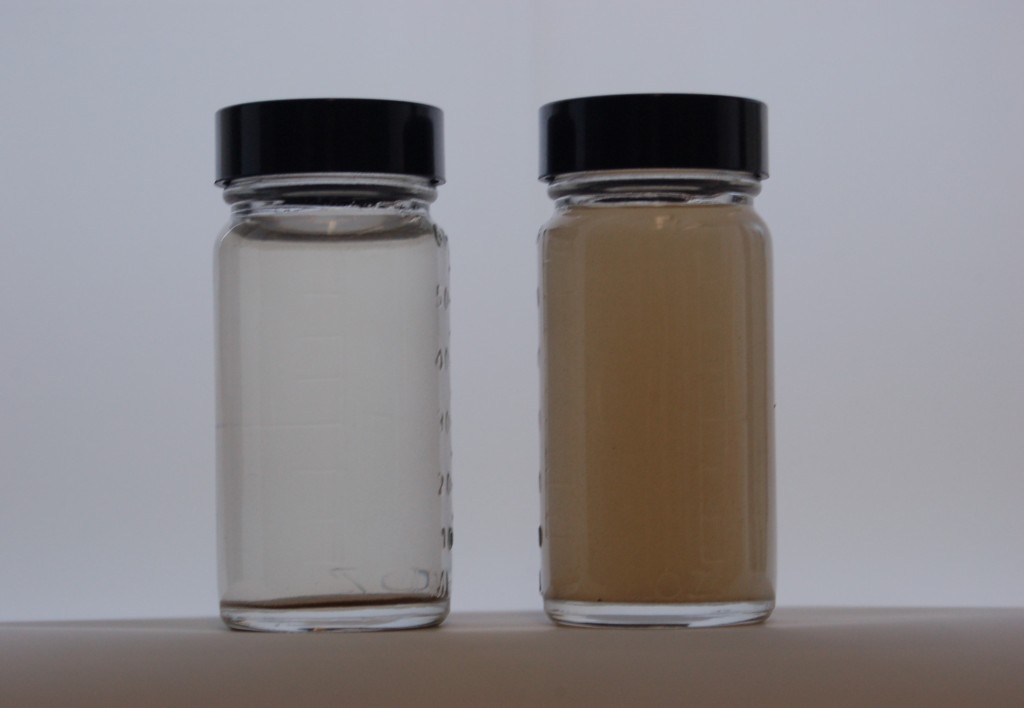 To illustrate just how insignificant the impact of turbidity on the environment is let’s look at two photographs. The photo on the left was at taken at flood stage on the Klamath River. Turbidity was 656 NTU. The photo on the right is the same water that had been shaken, dispensed and allowed to settle over night. The vial on the right shows what the turbidity looked like in the river while the vial on the left is the same concentration of sediments that were not re-suspended. This is the time of year when the salmon have spawned and the fish redds are in the stream bottoms. H.B. Ward explained why fish survive in this environment. He said, “Mining debris is chemically inert, makes no oxygen demand on the stream and therefore takes away from the flowing water nothing which the fish require. This is equally true of this material whether placed in transit by nature or by man since the products are alike in nature and comes from the same sources

Small scale miners remove large quantities of waste materials from their work sites. For example, the sluice box full of lead was just a portion of the 11 pounds removed from the Lewis River in Washington State. The gold pan to the right contains fishing lead weights, lures, leader, and hooks. The knife was also dredged up from Quartzville Creek, Oregon 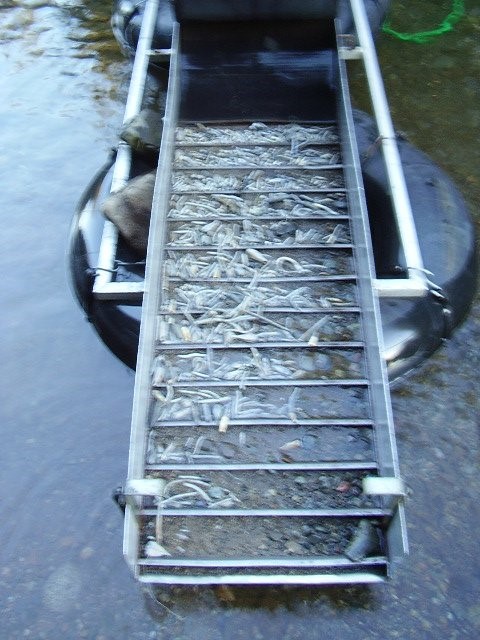 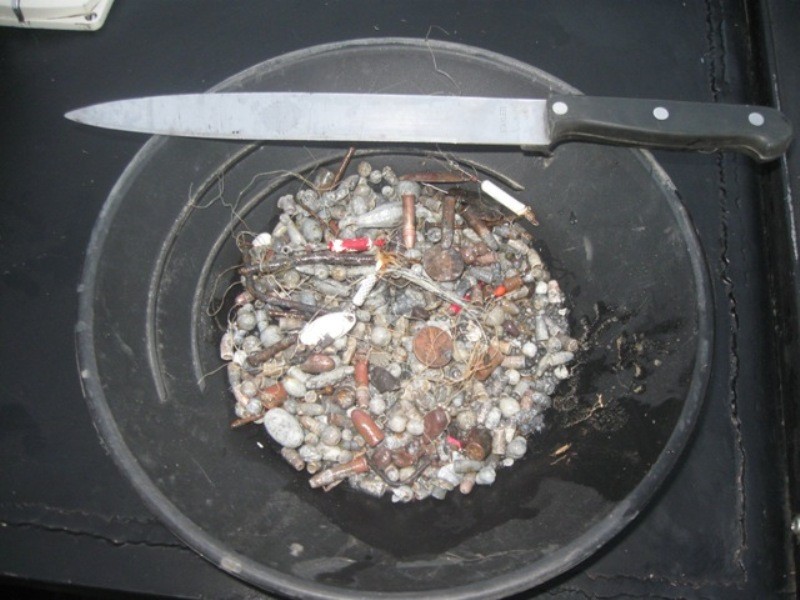 A significantly worst example of river pollution is shown in the photographs below. It is clear that this waste is not the result of small scale mining. In these photographs you can see golf balls, hats shoes, plastic bottles, sunglasses, paddles, etc. All of this trash was removed from of ONE (1) dredge site during a summer season on the South Fork of the American River. The American River is popular for rafting trips, however, if a miner owned a gold claim and all this waste ended up on his claim, who do you suppose will be blamed for trashing the environment? 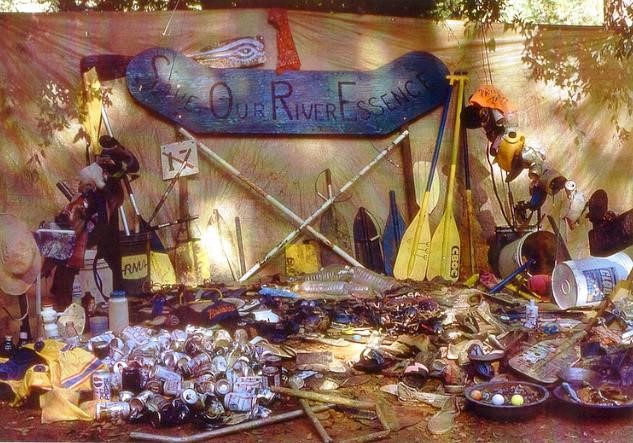 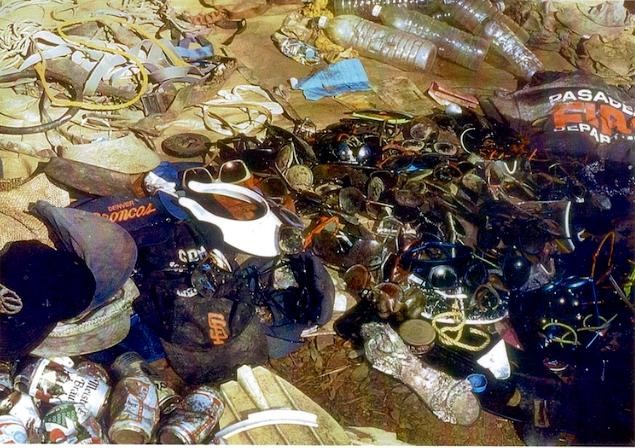