Update:
Yes folks, we are aware of the article out of Spokane which appears to be distributed by the Lewiston far left media. Our thoughts…pffft. We have given quite a few interviews and you’ll be seeing them shortly. The Lewiston Tribune whom is quite left on their political ideology has written articles on dredging up there several times in past years and in our opinion, they are less than honest about their reporting. We compare their reporting to CNN crying foul for saying CNN sucks, but then attacks Mrs. Trump for reading to little children. It is called hypocrisy and ideology.
To the issue…
I was found to be in non-compliance with IDWR’s rules/regulations for these specific reasons:
Although I was “approved” by them to move to our new location nearly two weeks ago, I was dredging outside the delineated, narrow line of area they approved as that is where the gold took me on my claim. Where I was (their delineated location) I averaged 3 to 5 grams a day. Moving 33′ over produced two ounces per day (63 grams).
I was also found in violation for having a rope tied to the dredge to one side of the river and a rope to the other side (a 3 point tie) to secure my dredge. We are not supposed to have a rope which extends across the full width of the river. We have heard, although have not confirmed that the reasoning is so as not to interfere with rafters or inner-tubers who may want to recreate on the river. Ya, we know your thoughts, ours as well but that discussion is for another day. 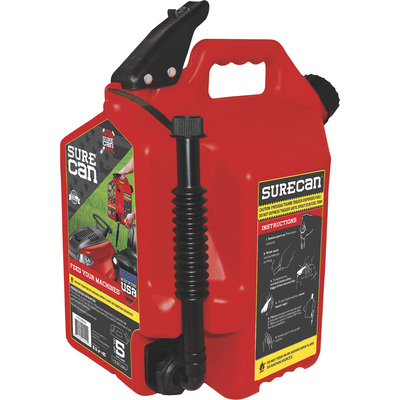 I had a couple of gas cans (ANSI approved) sitting on the bank outside the river up on the bank and we have spill pads and new “Sure Cans” which virtually prevent any spills or leaks. Their regulations state they must be stored “outside the stream channel”. Without a definition of what that is, we deducted it meant well outside the water channel where we had them but they claim it needs to be further than where we had stored them.
Here’s the bottom line folks, IDWR is not the enemy here so we ask you refrain from attacking them over this. We expect to resolve these issues rapidly and without any problems and have a meeting with the Director of the IDWR first thing next week. I do not dispute these minor and what some may consider trivial violations but rules are rules and we believe everyone should be held to the same standards as anyone else, us included. If one parks illegally, one is in violation even if it is for a valid reason. Sure, they are watching this river closer than any other and we all know I am singled out, but we expected that.
What this does do is open a dialogue with IDWR about some of their rules, especially the one where a claim owner can only dredge in a little tiny spot on their claim. That to move and ask permission takes a long time and since the season is only 1 month, waiting for approval costs money, lots of money. IDWR has agreed to have after season meetings to discuss some of these regulations and the potential for changing them. Some of these rules simply do not work well at all and should be revisited, which they will.
I do want everyone to know we have had nothing but professionalism from IDWR, all of their staff and they have been accommodating for the most part. Again, they are not the enemy of the miners. They are experiencing extreme pressure from radical environmental groups like Idaho Conservation League (ICL)…you guys all remember the guy who said “it is my river”? Ya, those folks. The Idaho Congress passed laws which give this agency the mandate to regulate this particular river as well as most other rivers in the state.
In reference to the USFS, that is a different story and being a former Investigator as a previous career, I can tell you some of the evidence we have gathered just in the past few weeks is nothing short of jaw dropping. Much of it we are keeping close to our chest right now and have only provided it to select folks like attorney’s, Senators, Congressmen and certain folks high over Ms. Probert’s head. The truth and yes, justice will prevail on their illegal (yes, we say illegal) actions. Not surprisingly, the USFS still hasn’t picked up the phone and reached out to the miners, we guess they are too busy trying to defend the indefensible. If they were smart, they’d start asking Ms. Probert some serious questions about what they have done up there.
We will continue to keep you all posted and we humbly appreciate all the support.