Update from the SF Clearwater, Idaho 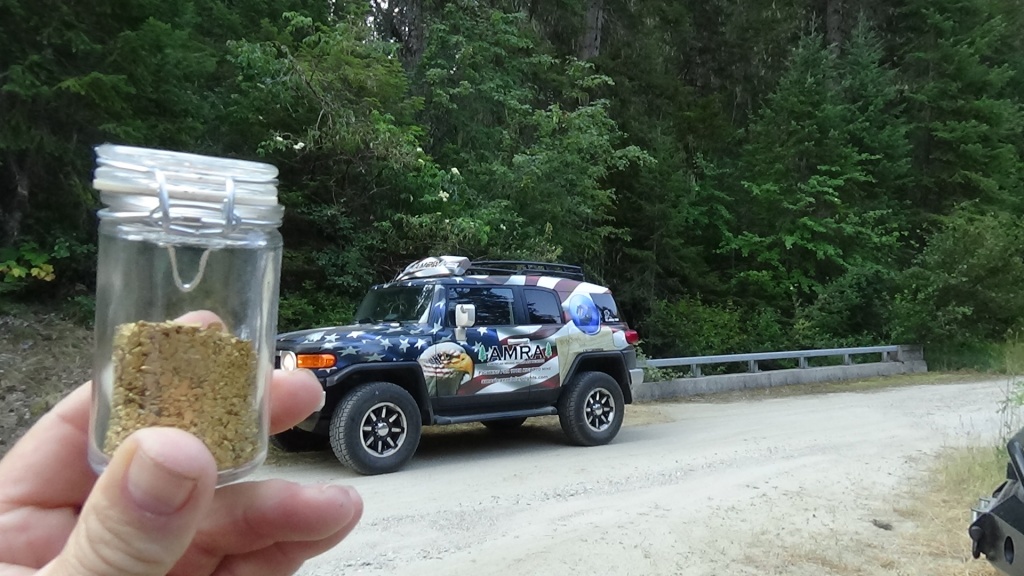 And an update about dredging in California in 2019

We had a meeting with Idaho Dept of Water Resources yesterday in Boise over our notices that we were out of compliance (remember, these are not Cheryl Probert and the USFS) and after a lengthy meeting, we are back to dredging. Not in our spot we wanted as they have not delineated it. We are moving about 30 feet over and continuing our operation from there. We are optimistic that our meeting brought up some very valid issues which need to be discussed for next year. Issues like:

Having to ask for a fisheries biologist to examine any area you want to move to if your first two don’t pan out. This typically results in a week (or longer in some instances) for approval and since the season is only 1 month, 1/4 of it is gone waiting.

There are a few other issues like the length of the season and some minor things, but realistically, the IDWR is willing to talk and listen…so there’s that.

Of note….yesterday while USFS undoubtedly knew we were in Boise, they showed up at my dredge and our other AMRA dredge with the Idaho State Police. ISP brought a drone and was flying over our dredge holes for the USFS. Ya, we have questions about that as well. We ran into a Deputy today and it would seem as though Sheriff Giddings is none to happy with the USFS and their antics. Calling in the ISP when it is the Sheriff’s jurisdiction doesn’t make a lot of friends and if I was the Sheriff, I’d be pretty upset.

As we hear these things it is truly astounding how they continue to double, triple, quadruple and ….. what comes after 15 times, down on ridiculousness?. We have learned a lot over the past week and frankly we are not going to state some of the video, statements, documents and other evidence we have, we are presenting that to someone else currently, or better yet “someone’s”.

All I can say is in my lifetime, I’ve not seen anything like this. Corruption, lies, deceit, intimidation, harassment, defamation, threats and a dozen other things. Wow is all we can say.

California and suction dredging for 2019:

On a different topic, AMRA had a meeting with the California Water Board over suction dredging for 2019 last Friday. Also present was Western Mining Alliance (Craig Lindsay, President), the New 49’ers (Dave Mac was actually there) and a few others from local affected groups and districts. We discussed what the permitting is going to look like and they do in fact still fully intend to move forward with this program in Spring of this next year.

We weren’t going to post much about this meeting yet as it is still pretty premature, but then this…

We had several messages from folks who had heard Josh Reinke made some silly post about they are not going to permit dredging and AMRA has been lying about this all along, well, that’s just not true, they are. Don’t take our word for it, or WMA, or Dave McCracken, call the Water Board and ask them yourself. Anyone reading this post can call CAWB tomorrow and speak to them, they will tell you the same thing.

There is much to still work out like the regulations, cost of permitting, and about a million other things, but it is a step in the right direction. After our next meeting (in a few weeks and before the end of this month) we will post a comprehensive update on the program as this last meeting was really a working meeting to give input, explain certain mining operations and then regroup and they will answer more defined questions.

So a quick message to Mr. Reinke: Josh, buddy, pull off the tin-foil hat man, nobody is out to get you and I think this is the third time in about as many months that you’ve put out completely false information. It makes you look silly and since it is simply untrue, it demoralizes the miners.

Here in Idaho we are going to continue to dredge and will be making a pretty big announcement about Idaho and this issue pretty soon.

By the way, this picture is in fact gold in our camp for this year up here…..and it is not all of it, not by a long shot.