Obama designates 303,000 acres for solar and off limits to mining claims

We have been following the moves by this Administration and his close ties to solar development.  This is the latest in how they will deny mining claims from being filed. 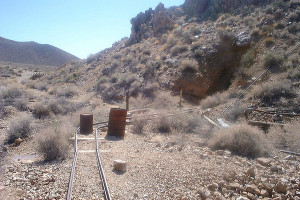 In a long-anticipated move intended to streamline building of utility-scale solar projects on public lands, a federal agency has barred new mining claims on about 475 square miles of federal lands in the southwestern United States. The ban on new mining claims will last for 20 years.

The move, annonced Friday by the Bureau of Land Management, is technically known as a “withdrawal,” a move that restricts certain uses of land that had formerly been managed for multiple uses. Withdrawals are often used to set aside land for military use, conventional energy production, or even wilderness protection: to ReWire’s knowledge, this is the first such withdrawal with the aim of making it easier to build solar power facilities.

The withdrawal, which is essentially a formal recognition of an informal ban on new mining claims, affects 303,900 acres of BLM land in 17 solar zones in California, Arizona, Colorado, Nevada, New Mexico, and Utah. Those solar zones were established in October 2012 by the Interior Department’s Solar Programmatic Environmental Impact Statement; the majority of the land designated as developable for solar in that document is in California’s Riverside East Solar Energy Zone, whose 147,910 acres of land deemed “developable” for solar is more than that in all the other 16 solar zones combined.

The BLM’s withdrawal comes in response to fears that spurious mining claims might be filed as ways to slow the progress of solar projects, or to leverage the claim to seek financial rewards from solar developers.

It’s an interesting development. Mining interests have had nearly unchallenged access to most public lands since 1872, when Congress passed the General Mining Act and sent it to the white house, where Ulysses S. Grant signed it into law. Aside from a few minor adjustments, such as a 1994 Congressional moratorium on granting patents to miners (essentially giving them their claims free and clear), the 1872 law has been the rule of the land in the West. Mineral extraction is one of the highest uses to which the land can be put, according to the law, and the U.S. gains no royalties in the mineral wealth extracted, even if it’s a foreign company doing the mining.

Friday’s move doesn’t change the law, but it does signal that the Obama administration may be starting to favor mining of sun and wind over other resources on publc land.

One thought on “Obama designates 303,000 acres for solar and off limits to mining claims”