New case on dredging being presented to the Supreme Court

We have been talking about the Bohmker case in Oregon for some time now which is being presented to the United States Supreme Court. We had the privilege of meeting Josh Bohmker and his two children this past weekend at the Fresno GPAA gold show and would like to introduce him to everyone.
Josh grew up in Oregon, lives down south near Medford and comes from a mining family since his early days. Although the case being presented isn’t just Josh against the government, it is listed in his name because the courts take the first name on the litigation (alphabetically) and that name is assigned to the documents.
Since Josh is the name of the case, we thought it would be prudent to put a face to that name.
We will be writing extensively about this case and will be fundraising for him and the other litigants. It’s an important case on suction dredging and since Brandon Rinehart’s case was not picked up, we are hoping and praying this one does.
More to come……….
Please meet Josh Bohmker and his two children, Abbie and Hannibal. By the way, Abbie rules the family…;) 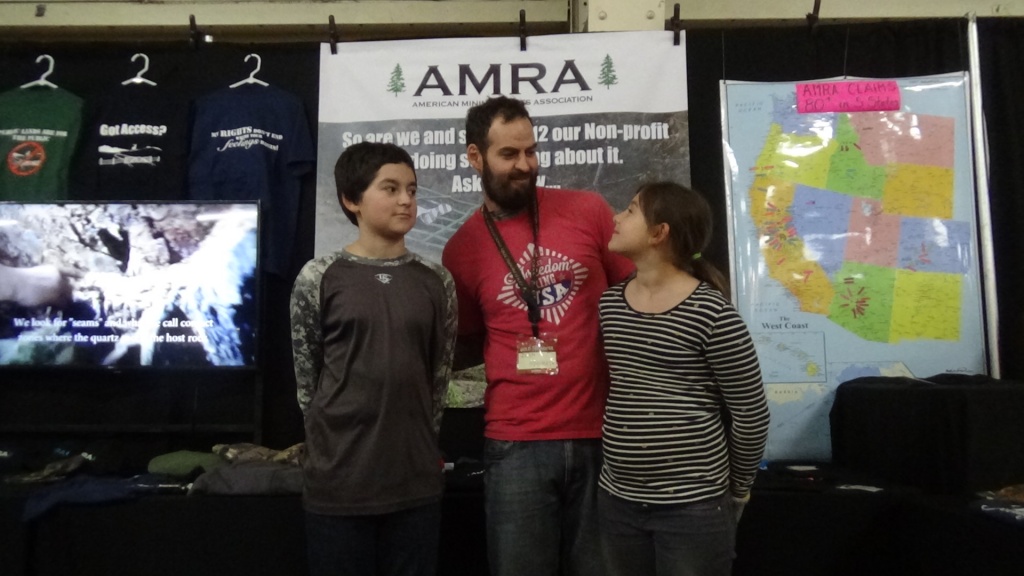