Forest Circus claim on the Yuba

Recently, we have had some man named “Jim” claim our claim with PLP is his and telling our members they cannot mine there.  We wanted to explain what we are doing about it and what to do if you are confronted with this.

First of all, our claim is valid with BLM, all taxes are paid and it is recorded with the county.  The original claim “Jim” is claiming is his was a claim PLP owned with a man named Jack Nixon.  Jack died several years ago and the claim was let go by PLP, then they refiled a new claim (Forest Circus).  It would appear as though “Jim” has been forging a deceased mans name with BLM, claiming the claim is his even though his name does not appear on any documents.

Somebody has been tearing down our claim signs and markers (a Federal crime).  Yesterday (9/1/2014) we put up new signs on the claim pictured here.

If you are confronted by someone claiming they own the claim, get their full name and phone number.  Get a license plate number and description of his vehicle and then contact us as soon as possible.  We will get the Sheriff involved in this dispute if necessary, but we want to talk to “Jim” first.  You have a right to mine the claim, pure and simple.  We recommend you carry the documents on the claim with you and tell Jim he can contact us at (209) 878-3761 (also written on our claim signs).

Let us know if you have any questions. 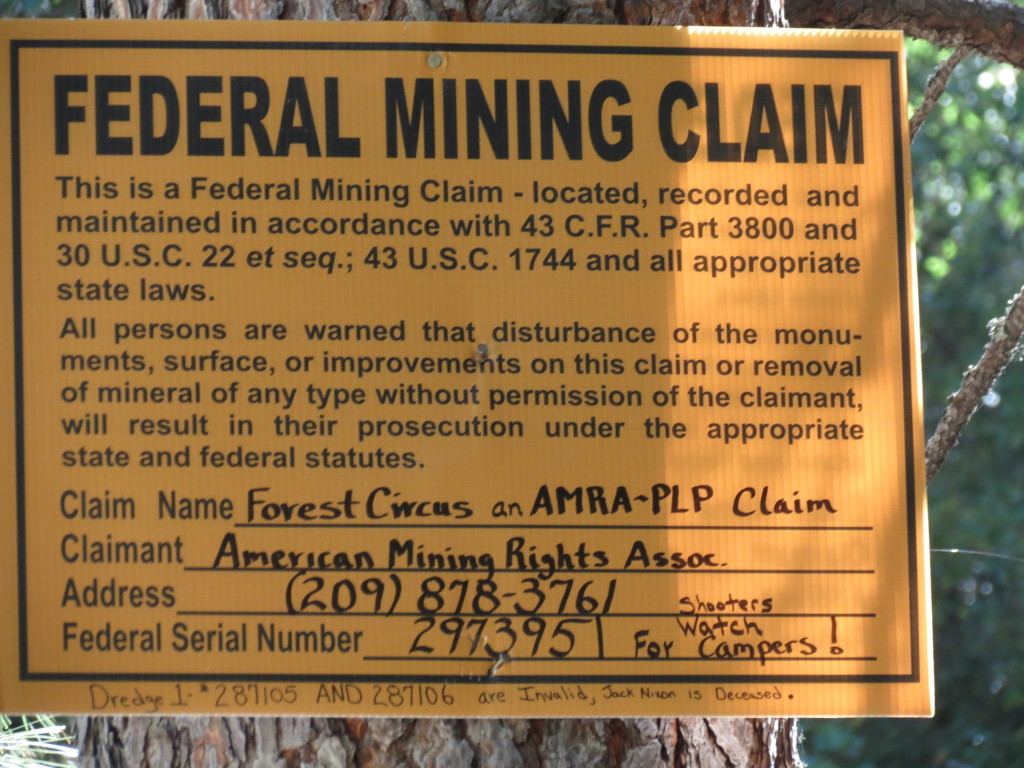 One thought on “Forest Circus claim on the Yuba”