WOW is our reaction to this article.
We’ve long suspected unelected bureaucrats were making rules which have the same weight and force as law. Thanks to PLF, here’s the proof. 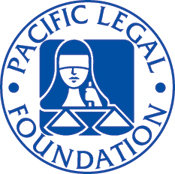 This is really groundbreaking.
From Issue Insights:
Is the U.S. government under the control of a shadowy group of insiders, unseen by the public and unaccountable to voters? A newly published report suggests the answer is “yes.”

But lay aside the elaborate conspiracy theories about Russian infiltration. This insidious threat is far more mundane, stemming from bureaucrats who have hijacked the regulatory process to evade accountability for their actions. It’s time for Congress and President Trump to push back against federal agency rule-makers who are overstepping their authority.

Who Is Really In Charge?

Over the past year, a team of lawyers and researchers investigated the inner workings of one federal department to find out who is really in charge. Our final report does not read like a spy novel. In fact, it’s about as exciting as a law journal. However, it proves what many Americans have long intuitively known: unaccountable bureaucrats make the rules in this country.

Here’s the background: During litigation over a controversial Food and Drug Administration’s (FDA) regulation in 2018, attorneys at Pacific Legal Foundation found that a career bureaucrat had signed off on the rule.

That’s a problem because that bureaucrat did not have the Constitutional authority to issue regulations. The Constitution’s Appointments Clause requires that rules binding Americans must be issued by “officers of the United States” — i.e., government officials appointed by the president and confirmed by the U.S. Senate, or hired by cabinet secretaries under congressional authorization. Such officials are subject to political accountability, which allows them to wield political power such as issuing binding rules.

That description does not apply to career bureaucrats, who are government employees hired through the merit system, which is intended to be free from political influence in hiring and firing practices.

For the rest of the article, click here: Deep State Exposed