Currently proposed Arizona road closures by BLM and what to do about them:
We are currently in Arizona and spoke at the GPAA Gold Fever West Valley Chapter last night about a new proposal by the BLM to close 505 miles of of public land roads under their Travel Management Plan. Most of these lands are used by miners, recreationalists, hikers, campers, hunters and off-roaders. What BLM is doing is proposing changes these currently accessible roads, or basically……..restricts your access to your lands. 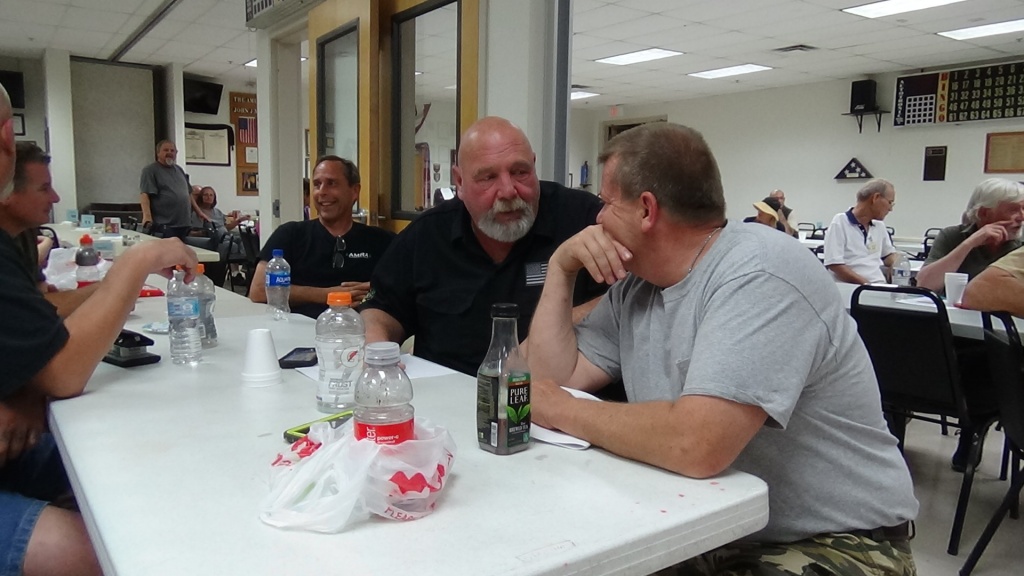 Here is the link to their plan:
https://eplanning.blm.gov/epl-front-office/eplanning/planAndProjectSite.do?methodName=renderDefaultPlanOrProjectSite&projectId=78300
Kevin Hoagland asked us to speak last night at the Chapter meeting and when Jere and I were preparing for the discussion, we decided to do a little research on the computer about RS2477 roads in Arizona and whoa did we find a gem.
First of all, RS2477 (revised statute 2477) is a part of the original 1872 mining grant. In a nutshell, it states the roads and travel routes must remain open for exploration, mining and usage. In 1976, Congress passed FLPMA, the Federal Lands Policy Management Act and claim they now can close all the roads willy-nilly at their discretion. Well, not so fast BLM and USFS. Under 2477, they cannot close any roads which predate 1976. If it is a road “created” after 1976, they can, prior to that, no they can’t, it’s really that simple.
Just two years ago, Utah took this issue all the way to their Supreme Court and the court ruled unanimously that RS2477 is valid and their roads must remain open and accessible for public use and for mining.
So back to Arizona and our research…….. On a whim, I typed in “Arizona RS2477” just to see if there was anything out there Arizona had done on keeping the roads open to the mining community and the public at large.
What we found is, like Utah, the Arizona Congress and politic body decided to protect their roads that the public uses and took it a step further than Utah did. They passed a bill telling the Federal Government they cannot close roads under RS2477. So in clear language, Arizona told the United States government, any roads in the state which predate 1976, they will not allow the Federal Government under FLPMA to close them period. End of story
Arizona House Bill 2175 passed in April of 2015 and signed by Arizona’s Governor states just that. Gotta love Arizona and these politicians who told the Federal Government if you aren’t going to recognize RS2477, we will and will not allow you to close our roads. (link below)
https://www.azleg.gov/legtext/52leg/1r/bills/hb2175h.pdf
So what does all this mean? It means the Federal Government (BLM) has just given the middle finger to the state of Arizona, the residents, claim owners and folks who like to use these roads and is saying we don’t care what you say, that you passed a bill and we are going to ignore a “grant” passed by Congress in 1872 and are proposing to close your roads anyway.
So what do the folks in Arizona do?
Call the sponsors of HB2175, the bill which was passed telling the BLM they can’t close these roads and ask these Congress folks what they are going to do about it. Make them stand up for you again. I would assume these politicians are going to be pretty upset the BLM is ignoring their laws they pass in this great state.
Here are the sponsors of HB2175 (the good guys who passed the bill on your behalf), call them today:
Rep Mark Finchem District 11
(602) 926-3122
Rep Bob Thorpe District 6
(602) 926-5219
Rep Brenda Barton District 6
(602) 926-4129
Senator Sonny Borelli District 5
(602) 926-5051
Rep Regina Cobb District 5
(602) 926-3126
Rep Vince Leach District 11
(602) 926-3106
Senator Steve Smith District 11
(602) 926-5685
Also as a part of our research, Jere found this statement put out by the Arizona Attorney General in which he reasserts these roads will remain open. It’s a great read and goes further than any other state we have ever seen in protecting your public lands and road access. Man do we love this state.
https://www.azag.gov/sgo-opinions/revised-statute-2477-rights-way
So here it is folks. Arizona passed a law saying the roads must be kept open, BLM is thumbing their nose at you and it is now up to you to call these politicians and first of all thank them for passing HR2175, and then tell them to make the BLM back off.
There it is………….don’t sit there and be silent, CALL.
We will absolutely be calling the Attorney General on your behalf and will be calling each and every one of these politicians, we just ask you do the same.