Another USFS obstruction on a miner

We’d like to tell you about a man we are representing over problems with the USFS in Montana.
He picked up two placer claims covering a small dry wash back in 2014 on the side of a mountain. The claims are near the top of this dry wash and rarely see water. The picture included here is from lode material directly above his claim and as can be seen, it is quite rich. 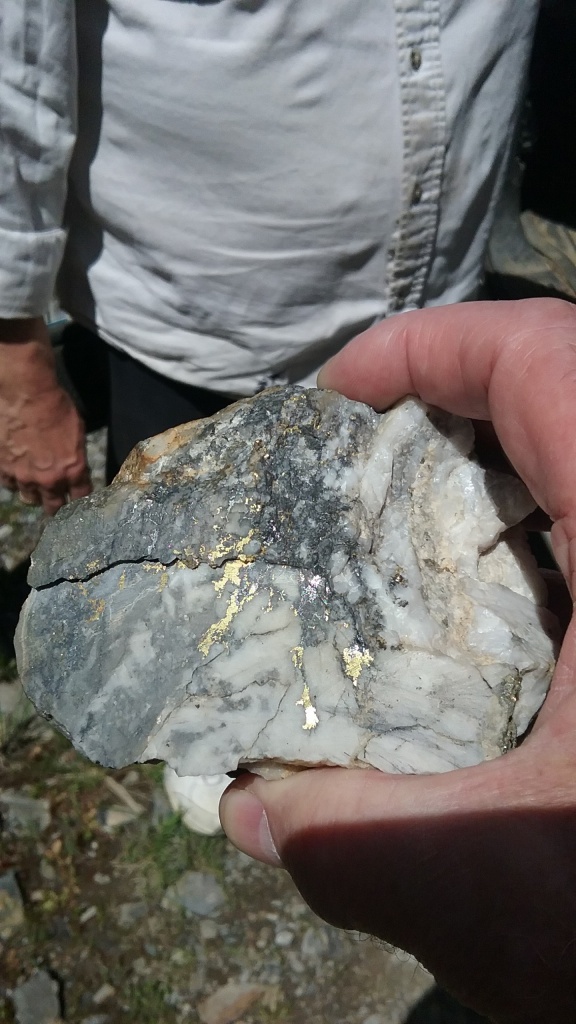 He wanted to run a small bobcat to scoop material and run it through a little trommel. He contacted the USFS and they told him he needed to apply for a “PoO, Plan of Operations”.
He completed the PoO paperwork in the summer of 2015 and then began the delays, lies and obstruction on his attempt to mine this valuable mineral deposit. They have told the man he cannot use the roads, that they “don’t want to talk about RS2477” and also that his claims on the side of this mountain are in a “flood plain”. When we pressed the USFS to provide a delineated map of the “flood plain” and to provide us with a definition of what their “flood plain” is, where they obtain their definition and a copy of the language, they provided the miner with a simple map with a circle drawn around his claims and refused to provide any definition. It is because they say so.
There are two access points to the claim, both FS roads, one at the top of the claim and one at the bottom of the claim.
He contacted AMRA a few months ago and we managed to assist him in finally getting his PoO approved, but now they are claiming he cannot use the roads to access his claim.
Firstly, RS2477 (Revised Statue 2477) is something we write and talk about frequently is settled law. It provides that any roads which predate the creation of FLPMA (Federal Lands Policy Management Act) of 1976 which are in the public domain are required to be open to the public. Couple on top of that his claims are “real property in every sense of the word” and require reasonable access. 2813.14 of the USFS’s own governing manual requires he has access. Under the ADA (American’s with Disabilities Act) also requires the governing party provide access. The claim owner and his partner are in fact disabled.
We have also documented numerous instances of this particular FS claiming some on their staff are “geologists” and passing off a “fuel tech” as a geologist. One of these people who is a so-called geologist had two semesters of geology years ago according to the FOIA’s we’ve obtained.
Obviously we could go on and on as you can see, but we wanted to give you this example, one of many we are currently working on which shows just how the federal government agencies tasked with “managing our public lands” obstruct and prohibit that which is a fundamental right.
Not all USFS are bad, in fact many work with the miners, but there are in fact some who hate miners, hate the fact we have fundamental rights and hate that they get called out on their obstruction and ideology.
We are taking this particular case to the next level. Sure, his PoO is approved finally, after nearly 5 years of wrangling and waiting, but what good is it if he cannot access his claim? This is now a significant wage loss claim and a blatant violation of this mans rights.