Breaking News
Home » All About Mining » Announcement about USFS 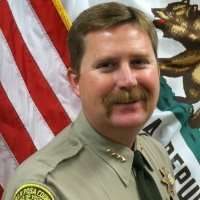 Several weeks ago we mentioned we were working on something which would make national news. Here it is:

We have been working closely with Sheriff Doug Binnewies of Mariposa County on the radical over-reach and complete disregard to the 4th Amendment by the USFS Law Enforcement Officers (LEO’s) of the Stanislaus National Forest (SNF). We have provided Sheriff Binnewies with every document, statement and kept him informed of our investigation into these LEO’s.

Yesterday, Sheriff Binnewies WITHDREW and REMOVED the USFS law enforcement capacity of the Stanislaus NF in Mariposa County. We expect Sheriff Mele of Tuolumne County to follow suit as well.

As most of you know, we had more than a dozen incidents AMRA investigated and obtained statements on of the USFS LEO’s just stopping random vehicles along public roads, demanding the operators get out, produce ID, put their hands on the hoods and then searched their vehicles without any probable cause or reason in direct violation of our 4th Amendment and their own code of conduct. This is in additional to the egregious, and simply stunning incident where the Capt. of the LEO’s pulled and pointed a Taser at the face of an AMRA member running a sluice box on a tiny creek on one of our validly held Federal Mining Claims. The LEO illegally demanded our member produce ID and boomed she needed to know “who is in MY forest”. We pushed this investigation all the way up to the Commander of the LEO’s only to find Commander Wears ignored the public’s concerns, her LEO’s blatant violations of our Constitution and blatant violations of their own code of conduct.

Obviously, the USFS Commander had hoped that AMRA would simply walk away and forget these people were radically violated by their out of control LEO’s. AMRA doesn’t give up and we are extremely proud to state that Sheriff Doug Binnewies recognized the extreme actions by these USFS officers and acted.

When government agencies completely go rogue, feel utterly protected and operate outside the boundaries of the rules which are supposed to protect the citizens who pay their wages with our tax money, actions like Sheriff Binnewies are one of the last recourse’s of stopping out of control behavior.

Join us in thanking Sheriff Binnewies for stepping up and protecting the people who visit Mariposa County.

One thought on “Announcement about USFS”